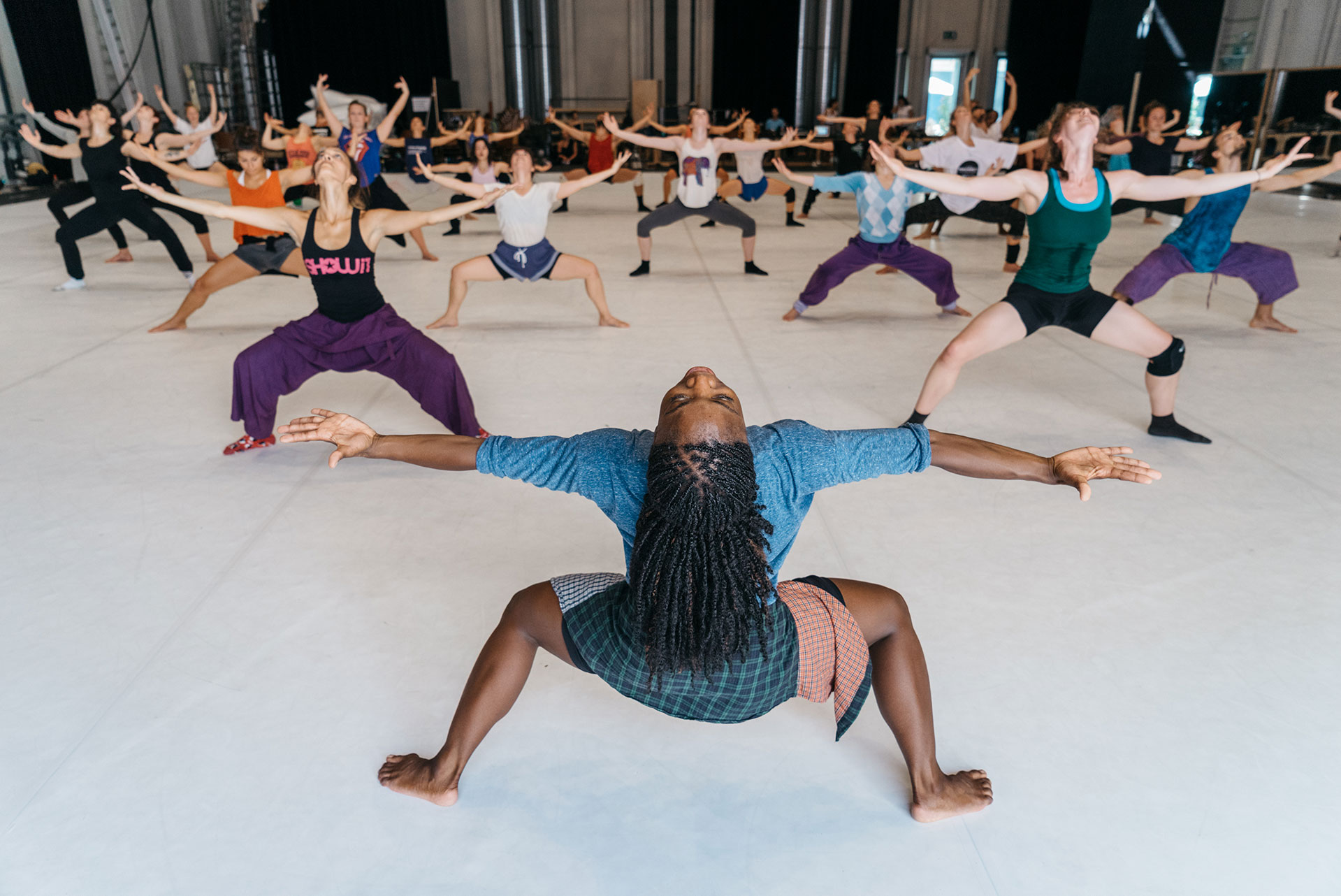 Mobilise provides an opportunity for local artists to learn new skills and train with a pioneering international artist or team of artists, without having to travel overseas.  As dancers and choreographers we know first-hand the struggle to continue learning throughout our careers and so have designed a program to bring new and emerging techniques from far away places to our hometown, to connect with artists working internationally and provide an environment where we can train together.

For the inaugural program, Alleyne Dance will host a week-long training program in their signature style: Dynamics, Rhythm & Texture.

The intensive format includes morning class from 10am, followed by sessions in repertoire, choreography and creative skills. Participants in the intensive will consolidate a short work towards the end of the intensive to be performed at the opening night of A Night's Game on 5 September.

Dynamics, Rhythm and Texture involves highly physical contemporary dance class, which incorporates strong, complex and technical sequences in and out of the floor, focusing on performance, stamina and commitment throughout the session; improvisation is also explored as part of self-development. The primary drivers for this workshop are to develop the dancers' creative mind, drive from passion, determination, strength, musicality and most importantly an intention/honesty in whatever choice they make throughout the session.

Our style has been inspired and developed from working with the likes of Akram Khan (fusion of Kathak and Contemporary Dance), Retina Dance Company (Release and Contact Work), Gregory Maqoma (Afro-Fusion Dance) and Henri Oguike Classical Contemporary Dance (based on Forsythe and Cunningham techniques).

About Kristina and Sadé

Kristina and Sadé Alleyne present Alleyne Dance, an internationally touring, innovative, modern, multi-disciplined dance company based in London. Kristina and Sadé have worked with many companies across the years and trained in many genres of dance including traditional African dance, Hip Hop, Kathak, Latin and Circus Skills.

Both artists were originally athletes and trained professionally in London. Kristina and Sadé trained at the BRIT School of Performing Arts and Technology 2003-05 and Northern School of Contemporary Dance (NSCD) based in Leeds 2005-08.

Kristina and Sadé Alleyne performed together with Akram Khan Company for his production “iTMOi”, performed at the London 2012 Olympics Opening Ceremony in the section choreographed by Akram Khan and have led workshops internationally as part of A.K.C.T. In 2014-16 both artists toured the remounting of “Kaash”. Kristina and Sadé both performed in Ultima Vez's newest creation in 2018.

The name and contact information provided will added to the door list to be marked off at the start of each session, please arrive with ample time to have your name marked off, preferably no later than 10 minutes prior to the commencement of the session.